It's well known that he played keyboard with the Beatles on Let It Be, but Billy Preston is also associated with the history of the Beatles in many ways over the years. 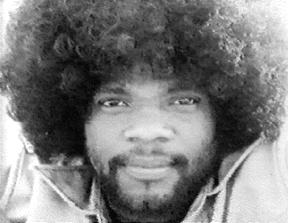 Billy Preston was born on September 9, 1946 in Houston Texas. At age twelve he had a cameo role in a film about W.C. Handy, St. Louis Blues, in which he played the composer as a child. Already an established keyboard session player in America, then fifteen year old Billy Preston first met the Beatles in 1962 in Hamburg while he was touring with Little Richard. Because of their closeness in ages, he and George Harrison became close friends. Billy got to spend much time with the Beatles and see them perform during this exciting time.

Billy went on to play keyboards for Sam Cooke, and also in the band on the Shindig TV show. His first charting record was an instrumental gospel album, The Most Exciting Organ Ever, for Vee Jay records in 1966. This is another interesting parallel in the careers of Billy Preston and the Beatles, as Vee Jay was also still releasing Beatles records in the U.S. at this time.

The next time he toured Britain, this time with Ray Charles, he and George met up again, and the Beatles decided to buy his recording contract from Vee Jay and sign him to their new Apple label.

At the time, the Beatles were heavily into the making of Let It Be, which was becoming a very unhappy chore because of tensions in the group. George brought Billy in to play keyboards on some of the tracks, as the orginal idea of Let It Be was to be a "live" recording with no overdubbing, which left none of them to add things like a keyboard part. But, George also hoped that bringing in an outsider would make the others behave nicer and make the Let It Be set a happier place to be, and it worked, albeit temporarily. The Get Back single was credited as "The Beatles with Billy Preston", the first time another artist was credited on a Beatles record, gaining him the title in some circles as "the fifth Beatle". In addition, although you can barely see it in the Let It Be movie, Billy played with the group on the famous "Rooftop Concert", the Beatles last live appearance together.

George Harrison co-produced two albums for Apple with Billy, and in addition to playing guitar on some of the tracks himself, had some friends come in to play as well, including Klaus Voormann, Keith Richard, Ginger Baker and Eric Clapton. Billy's relationship with the Beatles continued even after their breakup. Billy performed with George at the Concert for Bangla Desh at Madison Square Garden, and played on these George Harrison albums: All Things Must Pass, Extra Texture, Dark Horse and 33 1/3. He also played on John's Plastic Ono Band and Sometime in New York City albums, and with Ringo on the Ringo and Goodnight Vienna albums.

Billy had many gold singles in the early seventies, including Will It Go 'Round In Circles (the flip-side of which is pictured above), Nothing From Nothing and Outa Space, which also won the Grammy as Best Pop Instrumental. In 1975 he wrote You Are So Beautiful, which became a big hit for Joe Cocker, and he also toured with the Rolling Stones. And in 1978, Billy Preston's Beatles connection came full circle as he appeared with the Bee Gees in the title role of Robert Stigwood's movie Sgt. Pepper's Lonely Hearts Club Band, music produced by George Martin.