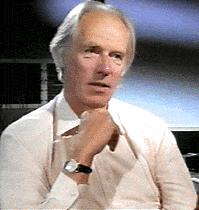 George Martin, head of A&R at Parlophone and the producer of all of the Beatles records except for Let It Be, originally went to work for EMI in 1950, after working in the BBC Music Library. At that time, Parlophone was considered EMI's "junk" label. In 1955, EMI acquired the US record company Capitol as one of its labels. In that same year, Martin became, at 29, the youngest manager of an EMI label, when Oscar Preuss retired.

In the late fifties, Martin kept Parlophone in the black with novelty and comic dialogue records, featuring artists including the Goons and Peter Sellers. When the sixties and rock and roll arrived, EMI's other important label, Columbia, had big rock and roll hits with Cliff Richard and the Shadows. It was most likely with finding a group like that in mind when George Martin consented to that first meeting with Brian Epstein and his demo tape of the Beatles. 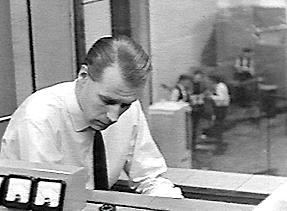 Although he wasn't initially impressed with the numbers on the tape Brian Epstein played him that day, Martin detected a rough sound that he liked and set up an audition for June 6, 1962 at Abbey Road. Used to the Liverpudlian humor of the comedy records he produced, George Martin took an instant liking to the boys that first day of their first EMI recording session.

At first, as producer the boys would play the numbers for them and he would make suggestions before they recorded. The first song of many he actually orchestrated for them was Yesterday.

Unhappy with his salary at EMI, he broke away and formed his own production company called AIR (Associated Independant Recording) in 1964. Also moving to AIR to produce were Ron Richards, John Burgess and Peter Sullivan. The Beatles, although under contract to make records for EMI, continued to be produced by George Martin at AIR.